TheFestivals.UK » Features » Guides » Reviewed: Some of the best festival tents for 2020
Guides

Reviewed: Some of the best festival tents for 2020 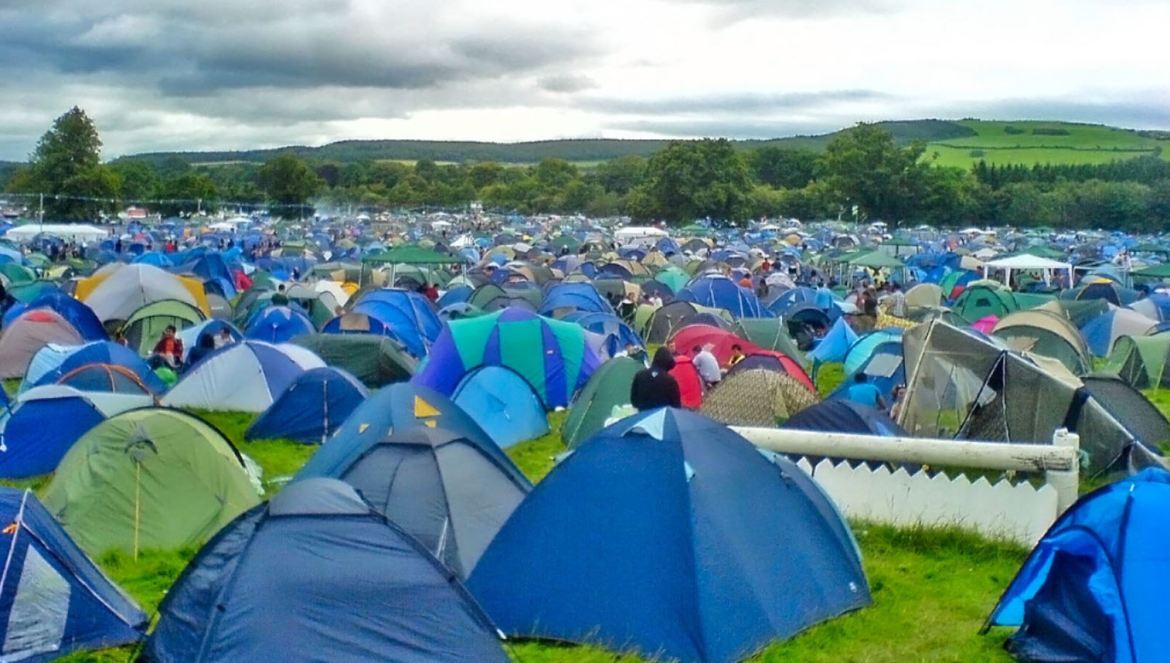 You might have bought some festival tickets by now, so if you haven’t already found a decent tent it’s already on your to-do list. We’ve reviewed some of the best festival tents for 2020, so get something that’ll last for years before you start to panic.

You don’t wanna be stuck with whatever tent you can get from Tesco the night before again, do you?

At a festival, if not at all times, you want to cut the number of people a tent says it can sleep in half. You’ll need somewhere to store all that beer, and even without much stuff, a supposedly 4-man tent would be far too cosy with four people sleeping inside it.

We’d always avoid single-skin tents, such as most pop-up tents or cheap tents found in supermarkets. These tents have only a single layer of fabric between where you sleep and the outside world. Decent tents have two layers with a gap between the two, which prevents water from getting inside.

If it rains, you’ll get very wet in a single-skin tent. They’re cheap tents, not decent tents. All your stuff will get soaked. It’s a festival. It will almost definitely rain, perhaps lots. If you really must take risks, there are some super cheap tents at the bottom of the list.

Oh, and if there’s a few of you going to your next festival, get everyone to chip in. Then you can get a nice tent, with room to sit about on your chairs and charge your phones inside when it rains all day.

This has become my go-to festival tent. It’s big enough for two people to have plenty of room and easily sleeps three if needed, though it’s small and light enough to carry, build and pack away easily on your own.

The bedroom walls are miles from the sides of the tent, which is probably why it was one of the only tents in the Kendal Calling crew campsite that didn’t get soaked through by the thunderstorms last summer. There’s even a porch area big enough to sit around on camping chairs inside.

I used it through the summer in 2018 and expect to take it to pretty much every festival I go to this summer.

It’s a high-quality product from a well-known brand so if you go to multiple festivals every year, or go camping, spend the extra on this. If you’re off to Reading with your mates from college for the first time, maybe get one of the cheaper and bigger tents below.

When you’re used to cheaper tents you notice some of the luxuries the Coleman brand offers, like nicer zips that don’t get stuck and colour-coded poles. This one-man tent even gives you a choice of two side doors and one larger, front-facing door. If you get fed up of the view you can look the other way and you can use the door where the rain doesn’t blow inside. Fantastic.

It’s available from Amazon, Argos and pretty much anywhere else with a decent range of tents er.

This tent from Charles Bentley gives you the essential ‘bit-in-the-middle’ where you can socialise and store stuff, whilst giving you separate sleeping compartments on either side.

You’ll have festival luxury with only two people, with the space and privacy of a bedroom each and a spacious living area. With three or four people, you should still be ok, as you’ve got the big central area to store your (non-valuable!) stuff!

It’s a pretty tried-and-tested design for a budget festival tent. It’s not too hard to build either, just get the poles into the outer shell, hook up the sealed bedroom compartments, and lay out the groundsheet in the living area.

And it only weighs 7.6KG, so taking turns, it’s not too bad for carrying into a festival campsite from the car without a trolley, and it’d be manageable on public transport.

This tent is a lot like the 4-man tent featured above, so if you’ve read what we’ve said about that one, you’re off to a great start.

This is a slightly bigger 6-man tent, with room for three in each bedroom on opposite sides of the living and storage area. There’s doors on both sides, which can be opened out into an awning with included poles.

It’s currently on offer in Argos for £59.99, and if you’ve left it until the last minute, you can check stock in stores near you online and reserve one to pick up immediately.

This tent from Yellowstone weighs less than 5KG and should only take around five minutes to pitch. It’s one of the cheapest double-skin tents we could find, so it has a separate bedroom to hang inside to help stop leaks dripping through.

There’s a small porch area to keep your wellies dry and your chair hidden away.

Ok, so you want a really cheap tent. If you get any heavy rain, it’ll leak, but yeah, you’re willing to take the risk. You’ve read our list of good yet still reasonably priced tents, but you don’t care, you just wanna know about cheap tents anyway.

You should never leave your tent behind after a festival. They go to landfill, not charity, and on average contain 8,750 straws worth of plastic. If the weather isn’t horrendous and you avoid the very cheapest, it’s perfectly possible to look after a single-skin tent and use it again and again. Just don’t take too much stuff, anything touching the sides will make it leak.

We’ve found some of the cheapest decent quality small, single-skin tents around.

These are often sold as ‘festival tents’ and are a common sight amongst the festival campsites, but should perhaps come with a ‘you will get wet’ warning like an Alton Towers ride.

To be fair, some of the larger ones like pictured above can actually stand up pretty well to the rain, provided there’s absolutely nothing anywhere near the sides of the tent.

Danny brought that one to Boomtown because it was £25 in Argos (usually £30) and he needed to buy one en-route. It was totally dry inside through the worst downpours, but keep in mind that’s one man in a 4-man tent.

Still, the tent’s coming to Glastonbury and back to Boomtown this summer. You don’t need to buy an expensive tent to re-use it again and again, you just need to avoid the very very cheapest and look after what you do buy.

Pop-up tents are slightly more expensive, unless you go for a tiny one, but totally worth it if you hate pitching and packing away. They literally pops into place in about 5 seconds. Just stick some pegs in and you’re done.

There’s a bit of a technique to folding them away, but once you’ve mastered it you can pack your tent away in seconds. If you can’t manage, there’s always someone within earshot who knows how to put a pop-up tent away in a festival campsite.

They’re generally very lightweight and easy to carry, so it’s a shame so many people leave them behind because of the price. They’re probably the easiest tents to take home and re-use.

There’s also a pop-up tent with awning available from Argos if you don’t fancy buying online.

What’s the best type of tent for a festival?

If you’re going with mates, go splits on a decent tent with a few bedrooms and a living area. It’ll be cheaper than buying your own individual tents and easier to reuse again and again.

Even if you’re going alone, we always recommend taking a double-skin tent to festivals. If and when it rains heavily, you’ll probably get soaked in a cheap single-skin tent.

What happens to tents left behind at a festival?

They go to landfill. Tents left behind at festivals rarely go to charity. The average tent left behind contains as much plastic as 8,750 straws. Get a decent quality tent and use it year after year.

Kool and The Gang to headline Solihull Summer Fest 2020

Festival Hacks That Will Make Your Life Easier...

Some of the best festival wellies for 2020

Music festivals coming up across Chester and North...

How to make the journey to your next...

Easy ways to repair your tent instead of...