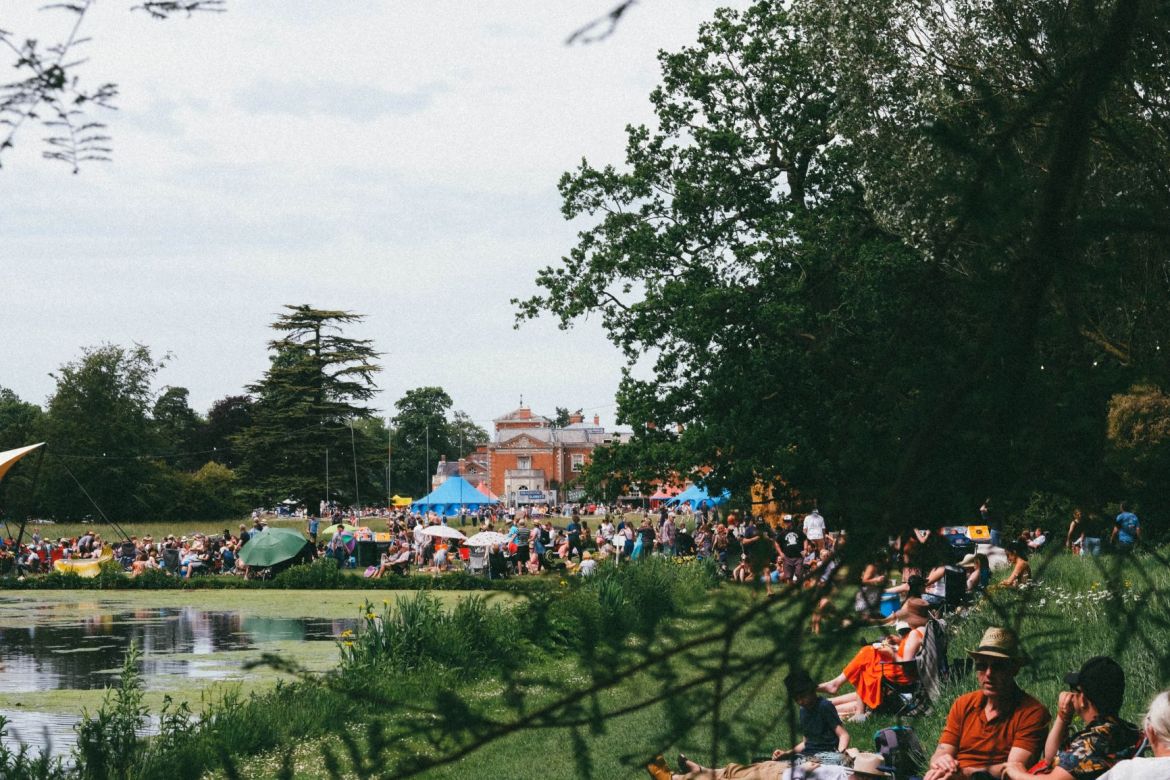 Following a difficult start to 2021, Red Rooster Festival is hugely excited to be bringing back live music this Summer, by announcing the line-up for 27th-29th August 2021!

Set amongst 300 acres of the historical private gardens and rolling parkland of Euston Hall in Suffolk, designed by Capability Brown and William Kent, it is the perfect setting for weekend get-togethers, great soul food, and a general feel-good atmosphere. But most of all, it is about the long-awaited return of fantastic live music in an outdoor setting. And a free Bank Holiday Monday means time to recover or travel home.

Red Rooster is delighted to announce that Richard Hawley remains headliner for the Saturday night. With his ninth studio album, “Further” hitting the UK album charts at No.3, his ability to cut across styles, time and, in some instances, place, is down to Hawley’s deep and intuitive understanding of music itself, and his love of country, blues and rock ‘n’ roll

Then, heralded as Americana for a new generation, the 20-year-old songstress Jade Bird will join the line up as Friday night headliner. Her wondrous song writing, lyrics, effortless vocals, gliding between honey and hessian, will be something to show off at Red Rooster.

Taking to the stage as Sunday night headliners, will be the desert blues superstars, Songhoy Blues. Born out of the civil war in Mali, in the face of a music ban, an incredible group of musicians came together to create something positive out of adversity. The result was the future of African Rock n’ Roll, an infectious mix of supercharged classic Malian music and desert blues.

Local heroes Ida Mae make a very welcome Rooster return after 2 years in Nashville with a full band show on the back of their critically acclaimed 2021 album ‘Click Click Domino.’ Classic British power trio and former Primal Scream guitarist, Little Barrie will be joining the bill this year, alongside the infamous rockin’ family band, Kitty, Daisy and Lewis.

The smoky tones of the UK Americana award-winner f “Song of the Year” and No.1 Amazon blues charts chanteuse Elles Bailey is added to the line-up, alongside the U.S hotly tipped Jazz vocalist Lady Blackbird who is set to make huge waves in 2021.

Red Rooster has consistently sold out the last 3 years; with tickets flying out at record speed. 2021 will no doubt follow suit. It is one of the best value festivals out there at just £89.50 + Booking fee for the whole weekend, which includes 3 nights of camping and parking FREE. Kids under 12 are free as always… Get your ticket before it’s too late – HERE

“An unrivalled atmosphere”- The Telegraph

“The go-to early summer event for those who wish to immerse themselves in a truly Deep South weekend experience of music, food and culture.” – Daily Mirror

“One of England’s most buzzed about music festivals” – Vanity Fair