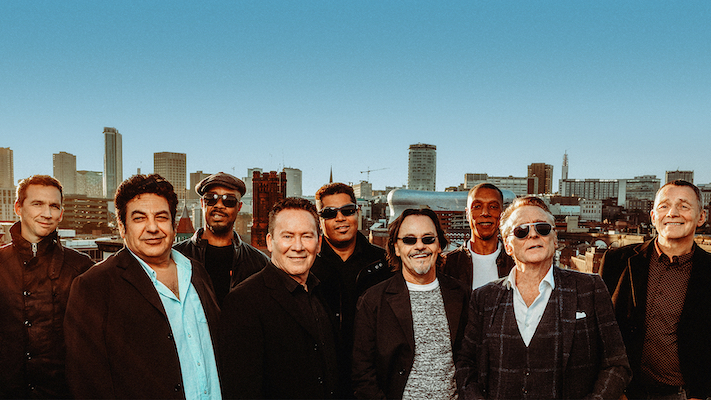 Britain’s most successful reggae band, UB40, have announced a huge outdoor live show on the outskirts of their home town, Birmingham, at Sandwell Valley Country Park. The band return to play a set full of global hits from a career lasting over 40 years as they take to the stage on Sunday 1st August as part of a massive all-day event, UB40: Live From The Valley.

With over 70 million albums sold, including 4 Grammy nominations, 2 US Billboard no.1 singles, over 50 UK chart singles including 3 no.1 hits, this groundbreaking band have earned their place as one of the world’s best loved acts, bringing their accessible reggae sound to a truly global audience. With a host of big support acts across the day still to be announced, pre-sale ticket sign up for UB40: Live From The Valley is now open at www.livefromthevalley.co.uk. Tickets are on general sale on Friday from 10am and start from £35 + booking fee (£17.50 + b/f for 5 – 15 year olds, with under 5’s free).

Sandwell Valley Country Park on the edge of the second city is an outdoor venue set in 660 acres of stunning scenery only 7 miles from Birmingham with quick and easy travel connections from the city. This space is perfect for live music and is the ideal setting to kick back and enjoy Britain’s foremost reggae ambassadors, tasty food from a selection of local traders and everything from cold beer to rum cocktails available at easily accessible bars around the site.

UB40 remain hugely popular as demonstrated by this massive home town show. Alongside Madness they hold the record for the most time spent in the charts in the 80’s with 214 weeks. They are Brit award winners with 18 UK top 40 studio albums released, including 2 no.1s and multiple platinum-sellers, 6 live albums and 17 compilations. Their continued success (their last top 30 studio album was released in 2018) underlines the ongoing appeal of a band from the cultural melting pot of Birmingham in the late 70’s who brought reggae to the masses.

UB40 are known for their incredible live shows and have spent years touring the world playing to record crowds. They were a highlight of the Free Nelson Mandela Concert at Wembley Stadium in 1988 which was broadcast across the world, then played to over 250,000 people in South Africa on their 1994 world tour. There is no doubt that their legions of fans will appreciate an open air concert on home turf at one of the West Midlands’ best outdoor spaces.

UB40: Live From The Valley is promoted by Weird Science, highly experienced and forward-thinking independent Birmingham-based promoters. The team understand the heritage and importance of UB40 to Birmingham and the West Midlands and are sure to put on an event to remember.

Those who visit www.livefromthevalley.co.uk to sign up for pre-sale tickets can also enter a competition to win 4 tickets plus £200 to spend on food and drink at the event.

Birmingham’s favourite sons return to the West Midlands for a huge outdoor show at Sandwell Valley Country Park on Sunday 1st August. This will be a fantastic event for friends and families, and a reminder of just how good live music can be.

The UK’s first socially distanced festival is back