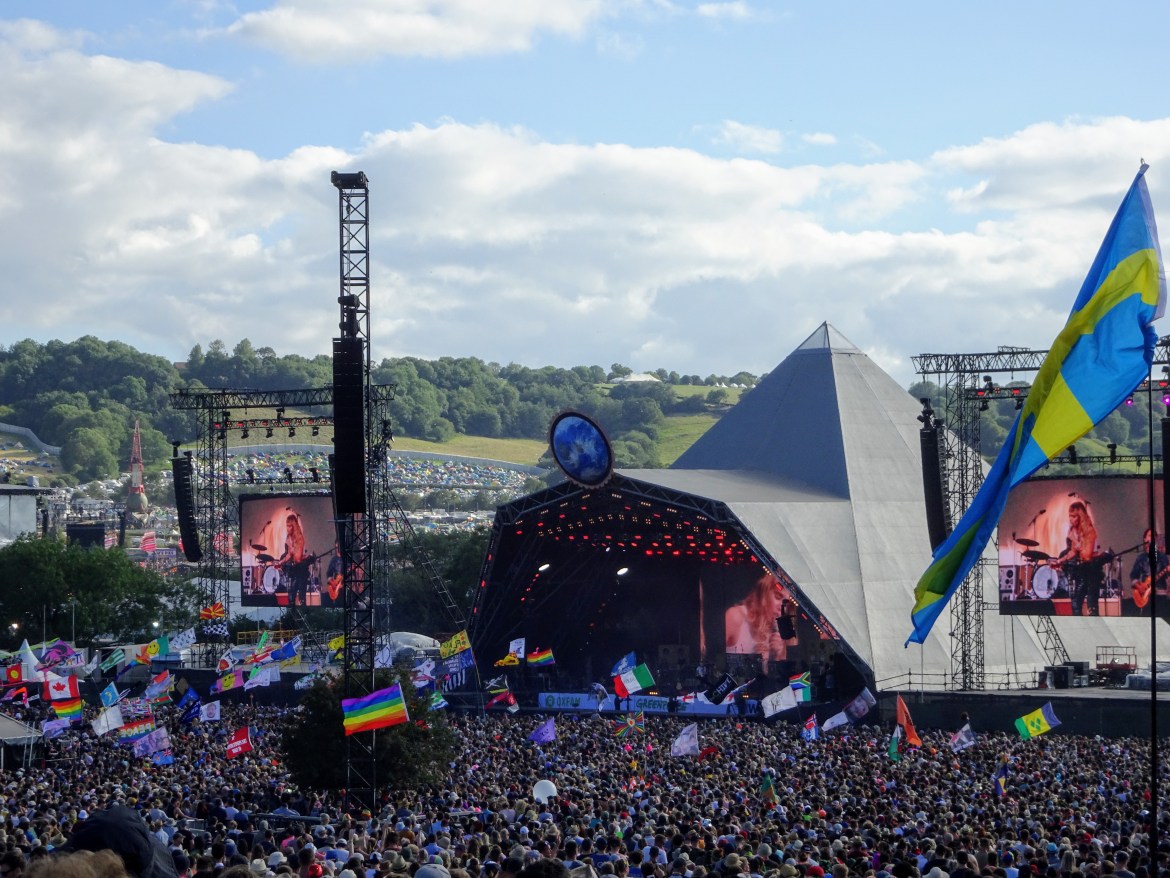 After learning that a local hunt was providing stewards to the festival as a method of fundraising, Glastonbury organisers have promptly banned the group, reports ITV News.

Minutes from recent meetings of Mendip Farmers Hunt were published by Innocent Badger, who called the group “Jacob Rees Mogg’s favourite fox hunt”. In June 2020, the chairman admitted the club was in a “poor financial state” due to the cancellation of hunt meetings and last year’s Glastonbury.

Then in November, the hunters spoke of their anxiety that their 2021 events, including “skittles, suppers, auctions and balls” may face cancellation, adding “and it is likely there will be no Glastonbury”.

The situation facing the hunters, who were allegedly caught on video sending hounds into badger setts just last year, is so dire that members are considering the sale of the club’s bungalow, calling it “a last resort, but possibly the only option”.

Fortunately, they’ll no longer need to worry about festivals going ahead, as they’ve been permanently banned from Glastonbury. The festival, which has directly donated millions to organisations such as Greenpeace, requires a crew of over 60,000 people.

Charities such as Oxfam and WaterAid each bring thousands of volunteers each year, with thousands more coming over 180 groups of local stewards. Glastonbury said these: “mostly come from local PTAs, sports groups and carnival clubs,  with these organisations benefiting from the fees paid to the stewards.”

“It has been brought to our attention that a group of these stewards represented a local hunt. We can confirm that this group will not be stewarding at Glastonbury in the future, and that we have fully vetted our list of stewarding groups to ensure that there are no other hunting organisations represented on it.”

“Glastonbury Festival is absolutely not pro-hunting, and we do not – and would not – donate directly to any hunts.”

“Well done to everyone involved in exposing this disgusting hunt and their links to Glastonbury Festival.”

In the week before Christmas, Emily Eavis directly addressed the latest batch of rumours suggesting the 2021 festival had been cancelled, with a simple Twitter reply saying: “Not cancelled yet!”

Later that day, she added: “Appreciate lots of rumours are flying around online and in the press, but there’s no change to what I said in the BBC interview last week. We’ll let you know through official channels as soon as we have an update (which won’t be until the new year).”

During that interview, Emily told the BBC that they are doing “everything we can” to ensure it takes place next year.

She said: “The hard part is understanding exactly what we’ll be planning for, and what impact that will have on what we’re able to do. But right now I’m not sure there’s anything we could do that would completely ensure we can welcome 200,000 people to spend six days in some fields in June 2021.”

Eavis also told them that if Glastonbury can’t take place in its traditional form, the organisers will consider inviting artists to perform on the farm for a series of livestreams.

Pictures of Gwen: The new immersive adventure from...

Boomtown resets to Chapter One with an all-new...